“I finally know it’s okay to put a picture hook in the wall. This is my home.”
- Ed, Resident
Horizon Housing 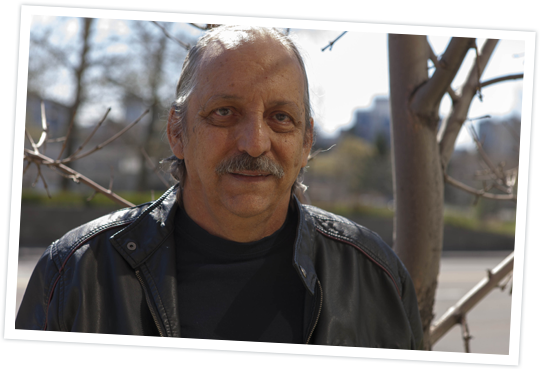 Friendly, well-spoken and living on a fixed income, retiree Chris S. is grateful for the security that living at Heritage Gardens affords him. “I’ve got everything I need, right here,” he says of his ground floor apartment. For Chris, everything includes a place to call home filled with his television and computer and the opportunity to indulge in his passion, photography. Home means being part of a community where he feels like he belongs, a place that allows him the space to relax, to enjoy solitude and, when he wants it, to find companionship. “Everybody needs a place to call home,” he says. “That’s why it’s important there are agencies like Horizon Housing. Sometimes, people need help and it’s nice to know Horizon Housing is there.” 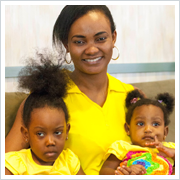 “Home means family, a quiet place, a place where I can feel good and safe,” says Valenta D. of the apartment she shares with her husband Papy and daughters,  Sasha and Mila. Leaving the war-torn country of her birth to travel halfway around the world to Canada was scary for the young mother. “I miss my family back home,” she says, “but it is good for my children to grow up here. It is safe and I don’t feel so alone living in this building.” For Valenta, living at Horizon West gives her a sense of community. “There are all generations in this building,” she says. “Our neighbours are elderly and we always say hello and smile whenever we see each other.” And her smile widens as she tells of the gifts that one elderly couple gave them at Christmas. “It’s nice to know if I need help I can call on them, or any of the Horizon staff. They are always so friendly and respond really quickly to any request.” 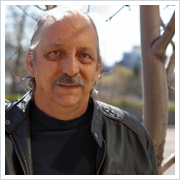 It took a picture hook in the wall for Edmund to realize he really was at home. “After a lifetime of living in cockroach infested places or on the street, I even feared hanging a picture ‘cause it might give the landlord cause to kick me out to the street. Since moving into Horizon 14 in 1995, I finally know it’s okay to put a picture hook in the wall. This is my home,” says the 61-year old. That picture hook represents the healing Ed has found living in his own apartment at Horizon 14. “I experienced a lot of trauma in my childhood and then as an adult,” he says of a 25-year period in his life when he was in and out of psychiatric facilities after being diagnosed with multiple mental health disorders and given drugs against his will. “In the end, they discovered I was none of those labels they attached to me. But, there was a lot of damage done, inside me, and I needed a safe place to heal.” Ed has found his safe place with Horizon Housing and he is grateful. “I’ve found validation here. I’m grounded. And because of that I’ve been able to let go of the past and change my whole life around. I’ve quit smoking, I eat healthy and I take care of myself. I have peace here.” 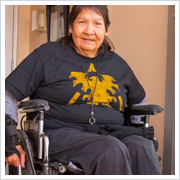 When Rosabel’s beloved husband died in 2004, her life spiraled into alcohol abuse and homelessness. “I didn’t know how to cope with my pain,” she says of those dark years after his death. “I hurt so much inside, I couldn’t see straight.” It wasn’t until she awoke in a detox centre, her mind clear for the first time in years, that she realized she had to do something different, or die. “I want to live,” she says with a beautiful toothy smile and dark eyes glistening with tears. Wanting to live is a long way from the day an attempted suicide left her confined to a wheelchair. “I didn’t have any hope back then. Today I do. This place gives me that. I have pride here. Independence. I like that I have to pay my rent every month, buy groceries, pay my phone bill.” And when ‘the emptiness’ occasionally hits, Rosabel can pick up the phone and call her sponsor in AA. “I don’t want to go back there, where I was homeless, living in shelters, living in the blur of alcohol. I was so broken.”

No longer broken, Rosabel looks forward to getting a new wheelchair. “I’m getting an electric scooter,” she laughs. “I’ll have even more independence and will be able to take myself to the grocery store!” 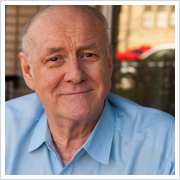 At age 14, polio stole the use of John’s left leg. At 28, the loving father of three small children was in a fiery plane crash that left him without a right hand and severe damage to his spine and legs that would eventually put him into a wheelchair. Determined to provide for his young family, John worked hard, always ensuring his wife and children had a safe place to call home. And then, in 1988, under the influence of prescribed medication, John made a decision that cost him his family, his home, his life savings, and everything that gave his life meaning. Penniless, disheartened and unsure of his next direction, John arrived in Calgary searching for a safe place to call home. It was a friend who introduced him to Horizon Housing. “I am so grateful for living here,” he says of his two-bedroom ground floor apartment in Horizon Park where he’s lived since 2001. “Everything is built to be functional for someone like me. It makes living in a wheelchair easier.”

It also gave John the stability and strength he needed to create the Global Disability Foundation (GDF), a not-for-profit committed to ‘distributing mobility devices globally to those in need’. “I need to give back to my community and the world,” John says. “Anything is possible when you know you’re safe, when you know the little things are taken care of.” A humble man, John is hesitant to talk about the thousands of people with disabilities that GDF has helped around the world. “I didn’t do it alone,” he says. “Not only do I have people here, at Horizon Housing, helping me, ensuring I have the support I need, but I also have friends all over the world who have helped me rebuild my life.” 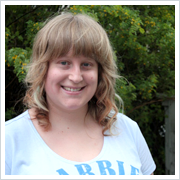 For Janine, living on her own in her bachelor apartment in the city’s downtown core gives her access to what she needs to maintain independent living: access to transit, shopping, social services and community. “It’s a great location,” says the 30-year-old woman who likes to volunteer as often as she can. “Volunteering lets me give back for all I’ve received.”

Diagnosed in her late teens with OCD and Schizoaffective Disorder, Janine knows how unpredictable and unstable having a mental illness can make life. “There are things I can’t do anymore,” she says. “Things most people take for granted, like working. Because, while the drugs are helping, there is still lots of uncertainty and having support makes a difference in how well I cope day to day.”

Living on her own has had a positive impact on Janine’s life. “I couldn’t do it without the help of my support system,” she says of her Supportive Living Coordinator from CMHA, the building manager and others who help ensure she is connected to the resources she needs to sustain independent living. “I feel good about myself when I’m taking care of myself. I can dream and make plans for the future.”